Dengue is there since the 19th century but it is still new in South Asian countries, especially in India. We all are scared of it and we should be because the virus can kill the person and it is already killing many in India. The majority of humans which has been killed by dengue in India is babies as they have a weak immune system and it is hard to tell in an early stage that whether they are suffering from it or not.

About 100 million cases of dengue fever are estimated every year worldwide. Majority of them are babies, especially the newborn babies. In this article, we will talk about the causes, symptoms, and remedies through which we can protect the babies. 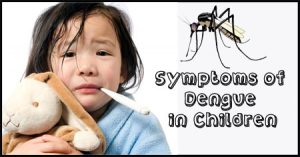 The virus has spread through the bite of a mosquito. The mosquito which contains dengue virus called Aedes mosquito and female tiger mosquito. Once the virus has been transmitting to the babies’ blood, it activates and causes the fever.

Unlike other mosquitoes, the mosquito of dengue bites in the daytime instead of evening and night. The Aedes mosquito grows in the stagnant water. The ideal time in which dengue virus spreads in India is monsoon season.

Symptoms of Dengu in babies:

If the virus has been transferred into the body of an adult, he/she can tell easily but for babies, the parents and doctors have to recognize it with the help of symptoms. Following is the list of symptoms of dengue in babies:

The doctor may ask for the medical tests as well to confirm the nature of fever. It is not necessary that the patient with dengue will show all of these symptoms, one is enough to recognize that the person is suffering from dengue fever.

Treatment for Dengu in babies:

Sadly, there is no medical treatment for dengue as of yet. Only the patient whose dengue has been identified as the early stage can become healthy by hospitalization. The doctor usually injects intravenous fluids and other supplements to replace the lost fluids. But this only works if the treatment has been beginning at an early stage.

Dengue fever can be treated with the help of some herbs if identified at an early stage. The herbs like goldenseal, giloy, turmeric, papaya leaves and tulsi leaves can help to treat the dengue. They all have been used in different ways. But there is no guarantee that the patient got a panacea to treat dengue. Apart from this, the efficacy of these remedies may vary depending upon the genetics, body-physiology and environmental-conditions.

So it is prudent that parents take care of their babies by using the mosquito repellents to reduce the chance of dengue infection.

Safe-O-Kids are selling 100% natural mosquito repellents which have been made especially for the babies. They are not only natural but free from alcohol, DEET and other chemicals which are deleterious to the body of babies.

Safe-O-Kid has a wide range of mosquito repellent products that are safe and devoid of any kind of undesirable substances or chemicals.  The products are designed especially for kids and are tested by international experts for lasting effectiveness and zero side effects.